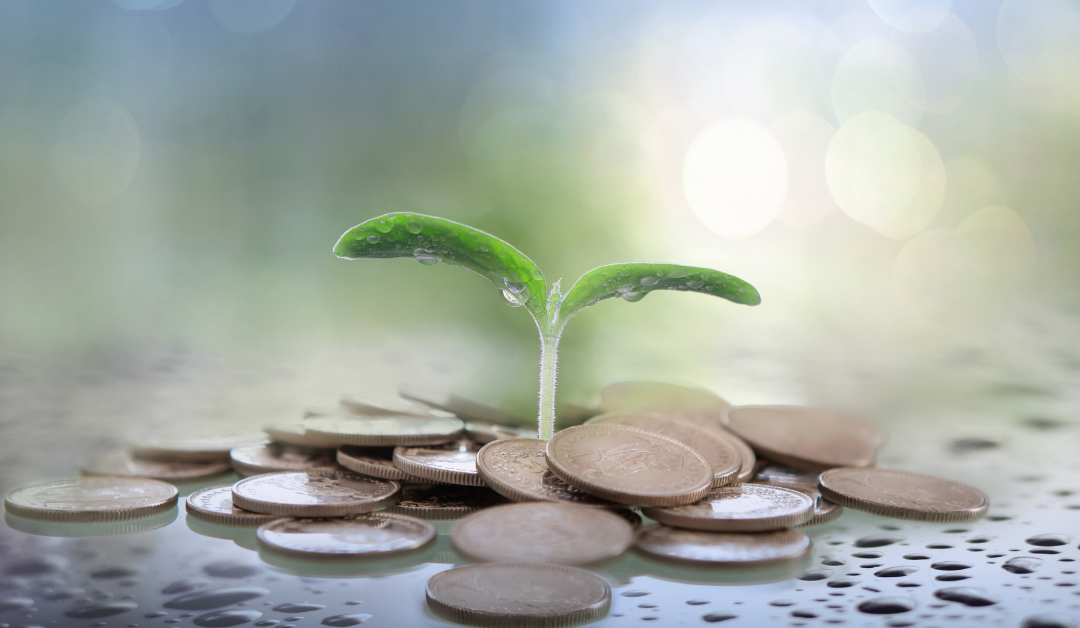 Rishi Sunak began last week’s statement to parliament by remarking on Russia’s war on Ukraine, summarising that his response to the conflict would be to build a stronger, more secure economy for the United Kingdom. The sanctions imposed on Putin and the Kremlin do not come free of charge for us at home, and while not to diminish the gross tragedy inflicted on Ukraine and the Ukrainian people, the invasion puts an additional burden on the UK economy at a time when consumers are already facing significant pressures from inflation and energy prices.

It appears that Mr. Sunak is introducing an election strategy, setting the tone that the pain of the cost of living can be attributed to the war, swerving any political blame for the growth slowdown in the economy long predicted before the invasion.

The cost-of-living crisis was the immediate priority and a number of measures announced to support households were the focus. Tightening of purse strings at home attributed to the increase in energy prices, road fuel, and food shopping now only to be exacerbated by the start of the war at the end of February 2022; forcing the inflation rate in the United Kingdom to higher and for longer. The Office for Budget Responsibility (OBR) now expects inflation to peak at close to 8.7% in Q4 of 2022, 4.3% higher, and two quarters later than the peak as suggested in the October 2021 forecast. This is the most eye-catching part of the statement.

Household disposable income is due to come under more pressure, naturally, there is cause for concern.

What did Mr. Sunak announce in the March Budget and how is this likely to affect us over the coming months, and years?

National Insurance contributions (NICs), the planned 1.25% rise, must remain as a dedicated funding source for health and social care. The announced increase of the threshold by £3,000 this year, up from a planned rise of £300, equalises the NICs and the personal income tax allowance, £12,570, thresholds.

There are winners and losers here, if you earn less than £35,000, this will cancel out the 1.25% increase in NICs and if you earn over this figure, you will carry the burden of the higher rate of NICs. Care must be taken to ensure workers earning less than £12,570 per year do not lose access to vital national insurance credits for their state pension; it forms the backbone of most people’s retirement, incurring unnecessary gaps may mean ending up with less in retirement.

A tax rabbit out of the hat 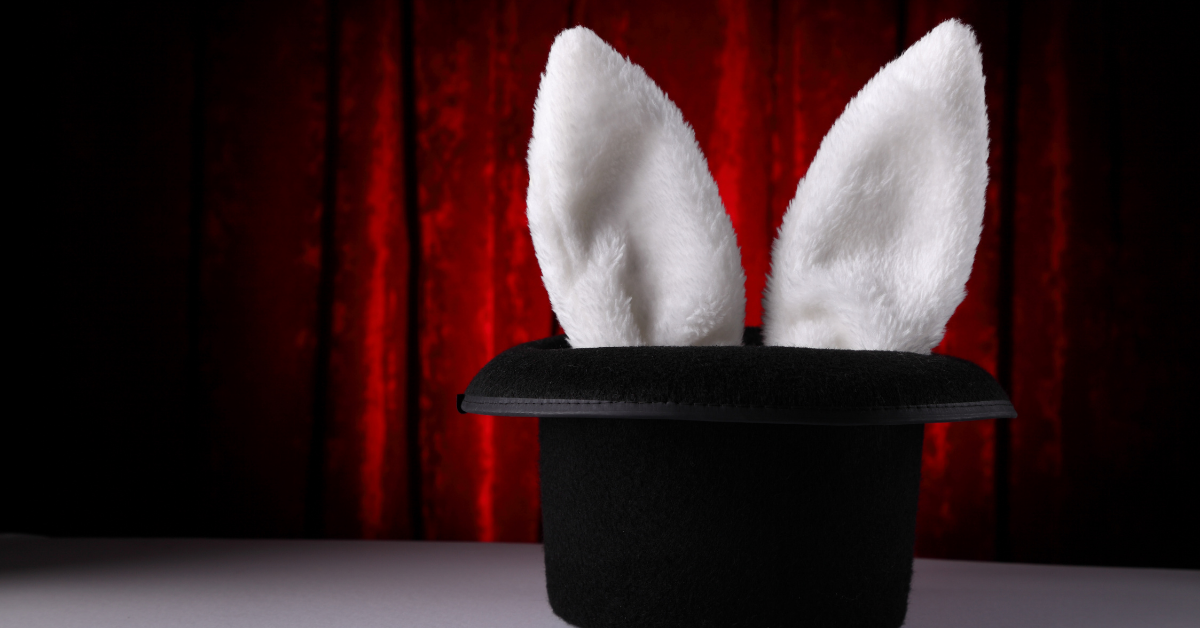 For the first time in 16 years the basic rate of income tax will be cut from 20% to 19%, while you will be able to keep more of your wages you will have to wait for at least two years to receive this benefit, the policy will not be introduced until 2024. You could say this is a coincidence, occurring around the same time as the next general election. Or maybe this offers hope for the future, despite the inflationary growing pains that will no doubt be endured from now until then.

While putting more money in the hands of the working now, will undoubtedly have an impact on pension contributions; attracting a lower rate of tax relief. It would be prudent for those approaching retirement not to limit contributions into a pension pot while the current rate of relief is still in place.

A freeze on income tax thresholds until 2025/26 was also announced, however, it is in effect a tax rise at a time when inflation continues to rise, seemingly an unfair impact on the lower paid population.

A temporary cut in fuel duty has already come into effect, since 23rd March 2022 Fuel duty on petrol and diesel has been cut by 5p per litre. For motorists, what this really means is that you are shaving off around £5.00 every time you fill up your tank – for an average size car – for only 12 months. You are receiving some help but this by no means totally offsets the soaring costs being experienced at petrol pumps.

From April 2022, for the next 5 years, there will be no VAT payable on energy-saving materials. Presenting cheaper options for homeowners who choose to insulate their homes in a bid to make them more energy-efficient. Sunak added that the decision to take wind and water turbines out of this scope will be reversed and further, the red tape imposed by the European Union (EU) will also be abolished. Unfortunately, for other households who are struggling with high energy bills it is really no use at all, somewhat of a disappointment for most.

The Household Support Fund, an extra £500M will be made available in 2022/23 to Local Authorities to support vulnerable households, however, it remains to be seen how substantial the benefit will be in practice.

Headline announcements in the Spring budget were seemingly all about tax, so how would this interact with the rising cost of living?

On the savings side, the Individual Savings Account (ISA) allowance for 2022/23 remains set at £20,000, for both cash and stocks and shares ISAs; if you have not fully subscribed to your ISA this tax year, please call us for assistance in maximising your tax-efficient investment before the 5th of April.

For those already retired or about to take that long-awaited leap out of the world of work, the statement also contained several measures relating to pensions. Please ensure that you stay up to date with the current changes to the state pension – increasing by 3.1% from April 2022, annual allowances, and other factors that could directly impact the level of income you can enjoy in retirement. The chancellor also announced that the Lifetime Allowance will be frozen at the current limit of £1,073,000 until 2026.

It is worth noting the rise in pension withdrawals, up 20%, as the cost of living has started to affect people’s finances.

For guidance in bringing this picture a little more into focus, please call Finsbury Associates.

What did you learn from the Chancellor this Spring budget?

The government has offered a helping hand to people with the cost of living we are currently experiencing. This is not going to completely offset the soaring bills some are struggling with and in the United Kingdom it is likely that many will see a fall in living standards – at a faster rate since the mid-1950s.

It is expected, and likely, that further measures will be announced in the autumn budget. Presently the economic picture remains fluid and in consideration of the volatile international economic-political environment, there is bound to be elevated levels of change. Consequently, household purse tightening will continue to be the hot topic over the next few months, if not the next few years. In volatile or uncertain times, a qualified financial planner can offer holistic planning and guidance to navigate towards financial wellbeing and independence.

We use cookies on our website to give you the most relevant experience by remembering your preferences and repeat visits. By clicking “Accept All”, you consent to the use of ALL the cookies. Please note cookies from this site may be shared across the BSTG group (FAEU Insurance Brokers LLC, Safe Hands First Aid Training LLC, Beneple DMCC). However, you may visit "Cookie Settings" to provide a controlled consent.
Cookie SettingsAccept All
Manage consent

This website uses cookies to improve your experience while you navigate through the website. Out of these, the cookies that are categorized as necessary are stored on your browser as they are essential for the working of basic functionalities of the website. We also use third-party cookies that help us analyze and understand how you use this website. These cookies will be stored in your browser only with your consent. You also have the option to opt-out of these cookies. But opting out of some of these cookies may affect your browsing experience.
Necessary Always Enabled
Necessary cookies are absolutely essential for the website to function properly. These cookies ensure basic functionalities and security features of the website, anonymously.
Functional
Functional cookies help to perform certain functionalities like sharing the content of the website on social media platforms, collect feedbacks, and other third-party features.
Performance
Performance cookies are used to understand and analyze the key performance indexes of the website which helps in delivering a better user experience for the visitors.
Analytics
Analytical cookies are used to understand how visitors interact with the website. These cookies help provide information on metrics the number of visitors, bounce rate, traffic source, etc.
Advertisement
Advertisement cookies are used to provide visitors with relevant ads and marketing campaigns. These cookies track visitors across websites and collect information to provide customized ads.
Others
Other uncategorized cookies are those that are being analyzed and have not been classified into a category as yet.
SAVE & ACCEPT
×